Following another closely-fought competition, the overall winner of the 2018 John King Young Artist Award was Ela from Conwy Community Riding Centre. Ela was the first Pony Club Centre Member to win the competition! 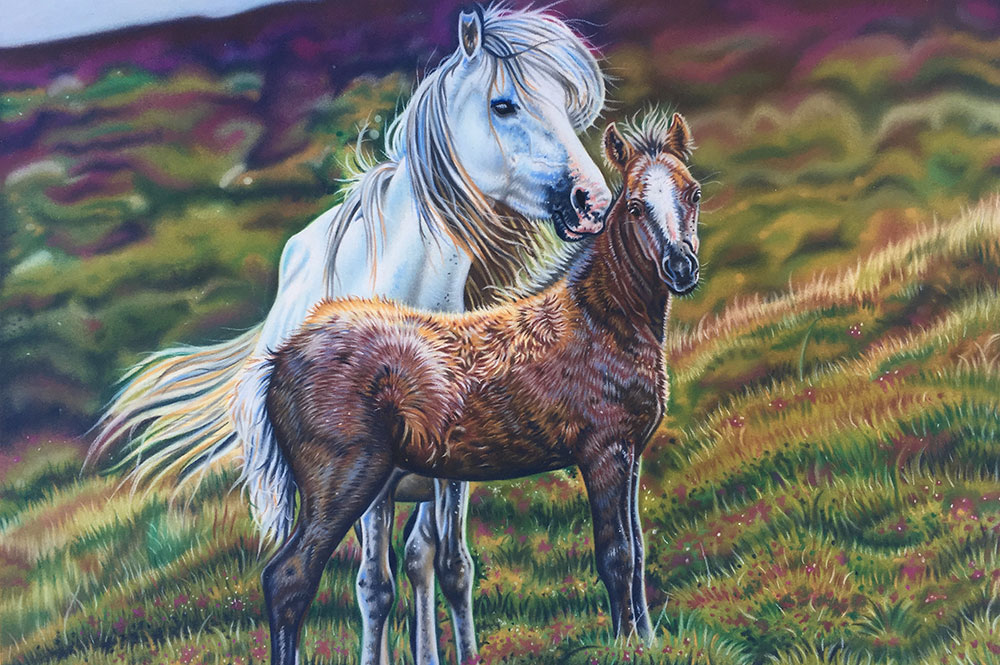 Following the conclusion of the fifth year of the John King Young Artist Award at The Pony Club Championships, the overall winner was Cara from the Grafton Branch!

The judges commented on the exceptionally high standard which made the final decision harder than ever. Cara then had the opportunity to have her artwork displayed at the SEA's Horse in Art exhibition! 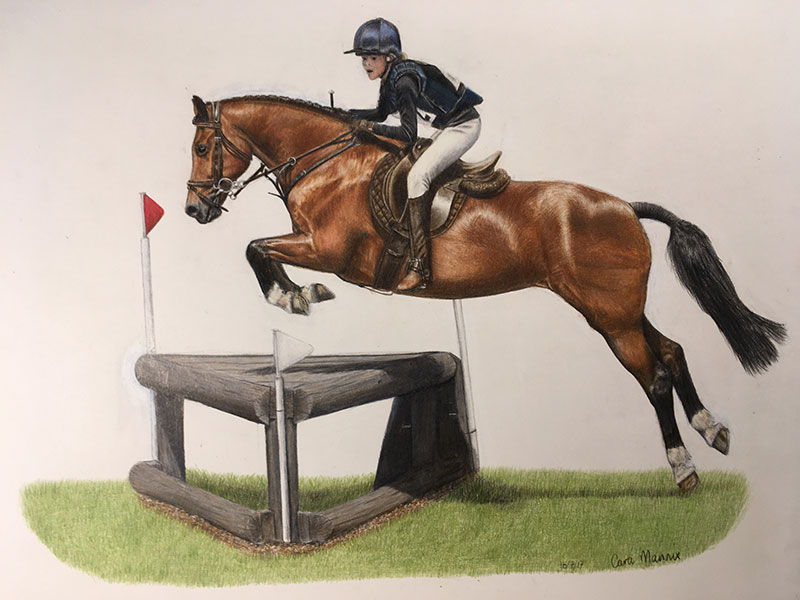 2016 saw another high-quality year of the John King Young Artist Award, as Pony Club Members throughout the UK were invited to paint their favourite memories based around the competition theme of "Seasons".

A closely-fought judging process saw Sorrel from the South Devon Hunt (Moorland) Branch take the trophy. Sorrel was appearing in the final stages for the third time and, having been the overall runner-up in 2013, went one better this time! 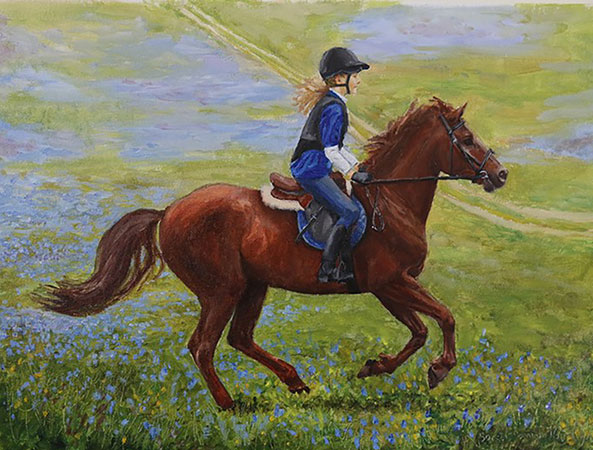 2015 saw the third year of the Pony Club Art Competition, which was renamed this year as the John King Young Artist Award, in recognition of one of the leading sporting artists of the post-war era. Pony Club Members throughout the UK were invited to paint their favourite memories based around the competition theme of "Friendship".

After a three-stage judging process, the overall winner of the competition was Myfanwy from the Tanatside Hunt Branch. Myfanwy was appearing in the final stages of the competition for the third time, and as well as displaying her winning painting at the SEA's "Horse in Art" exhibition, she had another painting on display as well! 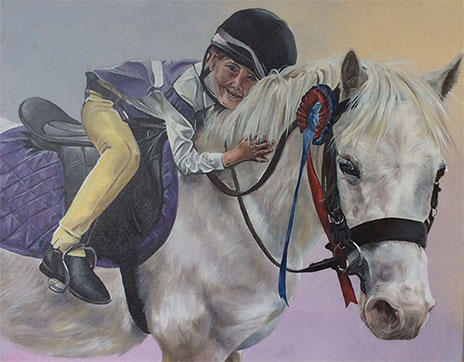 After an extremely successful first year, The Pony Club once again teamed up with the SEA to run its Art Competition. Pony Club Members from Branches and Centres across the UK were invited to paint their Pony Club memories based on the competition theme which was "The Pony Club Then, Now and in the Future". The 85th Anniversary of The Pony Club provided the perfect oppurtunity for Members to put their favourite Pony Club moments onto canvas, and the standard was once again incredibly high!

The three-stage judging process once again culminated at The Pony Club Championships in Cholmondeley Castle, Cheshire. The overall winner was chosen by the judging panel of the Chairman of The Pony Club, Mary Tuckett, and SEA members Michelle McCullagh and Jennifer Bell. The overall winner of the competition was Verity from the South Devon Hunt (West) Branch, and the runner-up (appearing in the finals for the second year in a row) was Myfanwy from the Tanatside Hunt Branch. 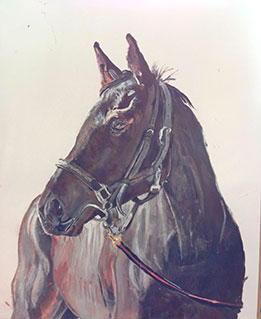 The inaugural year of The Pony Club SEA Art Competition proved to be extremely popular, with over 200 entries received. The theme was "Pony Club Memories" and topics ranged from Members' first rallies or competitions, to their favourite Pony Club Camp experience.

After a difficult judging process involving representatives from The Pony Club and the SEA, 15 finalists were invited to the final stage of judging at The Pony Club Championships, held at Cholmondeley Castle, Cheshire. The overall winner of the competition was Victoria from the East Hertfordshire Hunt Branch, who had the opportunity to display her artwork at the SEA Exhbition at the Mall Galleries in London, where she was presented with her trophy. 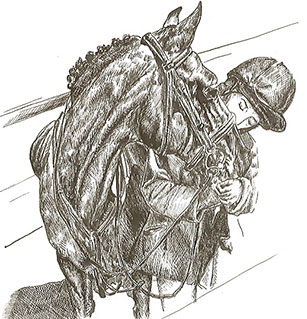